The Bracelets of Submission

The Word & the Curious Mind 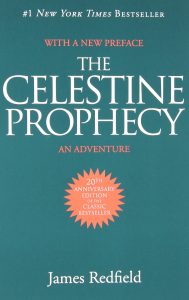 When I was 19, I was going through a difficult period in my life.  I was struggling to understand what my place was in the world and I felt like I wasn't living up to my potential (what else is new...).  Coincidental things used to happen to me all the time that were out of the ordinary, so for the most part, I stopped questioning them.  These random but meaningful occurances used to happen to me so often that I had gotten used to feeling confused about life.  Sometimes I think that’s what made me funny, like life was conditioning me to be weird on purpose. You know, build my character!  It was frustrating for me though and the way I tried to describe it was that it felt like my life was one big joke and I didn't get it.  Basically, I wondered who was doing this and what did they want from me?  Why’d they pick me, what did I do?  Eventually, things got to a point where I realized just how strange it all was and I decided that what I really needed was to get to the bottom of this and find some answers.

Normal people don't question if the universe is messing with them on purpose and I knew that.  That’s what made me wonder if I was crazy.

I also knew that crazy people don't wonder if they are crazy, which is why I needed to figure out what the heck was going on.  There was no way one person could have as many wild stories as I did without eventually being called a liar, which I am not.

My reality was not normal and I knew it, but I couldn't figure out why and what it all meant.  I was stuck.

Most people were unphased by my stories because they were isolated events in their mind which made it easy to dismiss a single event as just a coincidence.

It was only the people who knew me best, who got every story who could even begin to understand that none of what was happening was very normal.

Here is an example;

Imagine being me, living at home, commuting to college and working at my summer job in the off season.  Nice and boring, right?  Well, one day I was at work and the restaurant was quiet, as it always was in the spring.  I started thinking about school and one of my professors.  He was my favorite lecturer and my father had been impressed with him at my orientation.  I don't know what it was, but there was something about his character that felt familiar to me.  I almost want to say that he reminded me of my uncle, but that's not what it was.  I can't explain it.  I just felt like I needed to connect with him.

I had not spoken to him before personally or anything like that, but I knew that I stood out in his class.  He was a big deal as the dean of student life and had just established a new program for Justice Studies.  I had a lot of respect for him, to say the least.  He was inspiring.

During this time I wanted to be a lawyer and thought I might be a good at it. I figured he was a good person to ask and I wanted his advice.  For whatever reason, that's what I was thinking about on this day.  I was planning to contact him and deciding what to say when a customer broke my train of thought by coming in the door and I couldn’t believe my eyes when I looked up.

"You're my criminology professor." I blurted.

After that, I maniacally tried to sound as uncreepy as possible, while trying to explain that although I was not obsessed with him, nor was I stalker, I had just been thinking about him in such literal terms that he actually interrupted my thoughts about him, himself.

Imagine being this guy, for a second.

Nothing abnormal about walking into a restaurant 45 minutes away from your campus job and bumping into one of your students who proceeds to abandon all socially boundaries and word vomit all over you about how perfectly normal she is even though she had just been thinking about you, which makes her sound weird.

That’s not awkward or anything...right?

He wasn’t phased by it, thank goodness because I hate it when I have to act normal.

It felt like we already knew each other in a way, which is probably why the interaction had actually been so comfortable and smooth.

There was communication between us at a soul level or something, like our spirits recognized one another, high fived and then went back to work governing our behavior.  I don’t know how else to describe when you click with somebody and have no need to explain your self to them or them to you.  You just get one another.

In hindsight, I think he must have already been accustomed to the strange way the universe operates and freak shows like me, which is why his reactions were so calm.  I assumed that he was probably like me and it had been happening to him his whole life.  He was older, like a dad, so a lot more used to that type of thing happening.  Or maybe, it was true and our souls did know each other and were destined to meet.  It could be both!

The reason I think that is because it happened again with him, a few months later.

This time, it was in middle of the summer, when the restaurant was booming with 800 guests per night.  I was a floor manager, which meant that I didn't wait on tables and just made sure everything was running smoothly, things were stocked and complaints were handled.  I wore a headset to communicate with my boss at the hostess stand who had called me to pick up a table because a server needed help.

I walked up to introduce myself I realized it was him again.  This time, I thought he might have been up to something and requested me, so I asked him.

Then I asked my boss.

Nobody set me up.  It just happened like that.

He became a mentor for me, but I gave up on my dream of being a lawyer and that story line ended, but that was just an example of the types of things that are normal for me.

That's why a good friend of mine suggested that I read James Redfield’s The Celestine Prophecy.   She understood what was going on with me and knew just what I needed to understand.  This story is what introduced the concept of synchronicity to me.  It helped me to finally make sense out of my experiences and validated what I had been feeling.

Through the story of someone else's discovery that life is a series of meaningful coincidences and there is a reason for every person you meet, it allowed me to start connecting all the dots in my own life.  It showed me what to expect on the path to spiritual enlightenment so I could get better at finding meaning and purpose in simply looking for clues.  It was the perfect entry level spiritual guide to start the process of awakening.